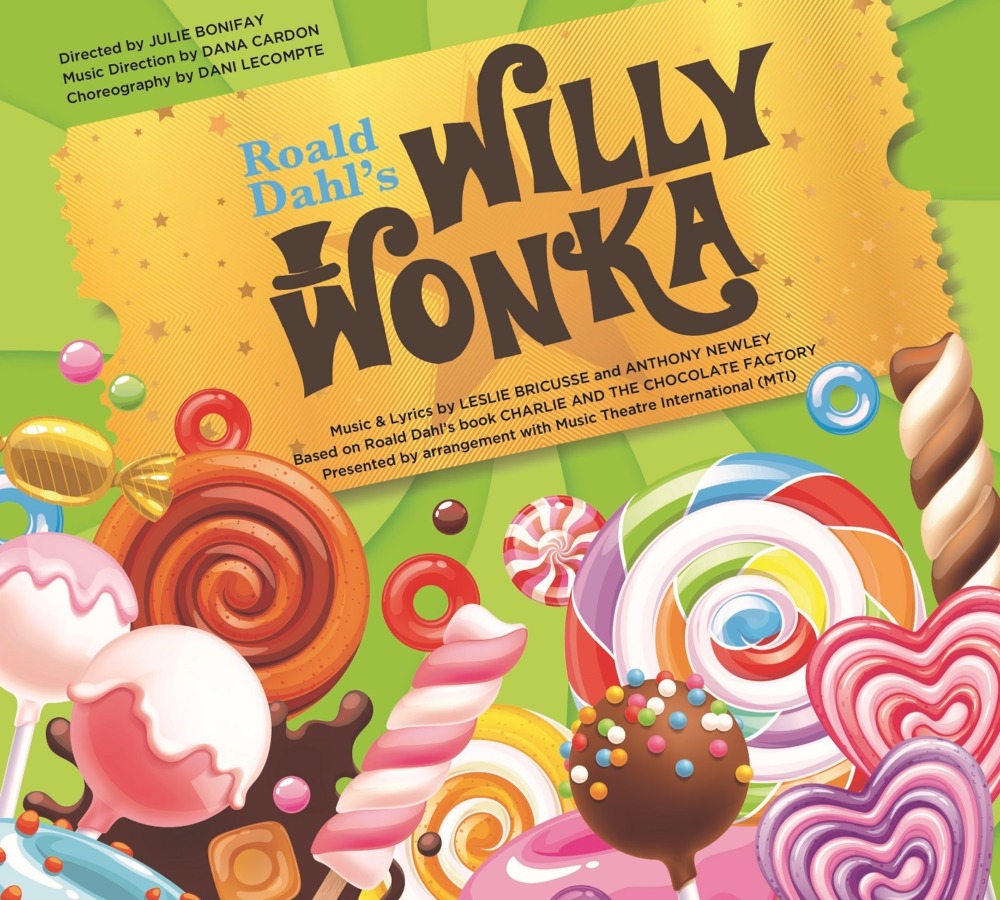 The second musical of our 2020 summer season!

Bring your golden ticket and the entire family to this scrumdidilyumptious musical treat! Pure imagination abounds in Roald Dahl’s fantastical tale of the mysterious candy man in this delightful stage adaptation of “Charlie and The Chocolate Factory,” and featuring songs from the beloved 1971 film. With a deliciously eccentric cast of colorful characters, Willy Wonka and his band of Oompa Loompas lead sweet-natured Charlie and some wickedly precocious children through a labyrinth of lemon drops, life lessons and giggles galore on a tour of the wonderfully weird candy factory.

In most cases, events will not be declared a “rainout” before showtime. A rainy day can turn into a beautiful evening and most shows continue regardless of cold, wind or rain. Come prepared for the weather, or plan to attend on another evening! If the show is declared an official rainout by SCERA management prior to intermission, rainchecks will be given for one of the remaining nights.
PHOTOS PLAYBILL VIDEO

Check out our fun promo photos. Click on any thumbnail to see the full image. Costume Design by Kelsey Seaver. Photos by Rachael Gibson.

Click on the image to view a digital version of the playbill. 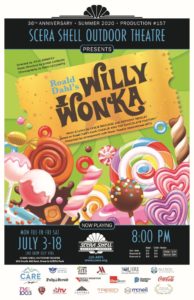