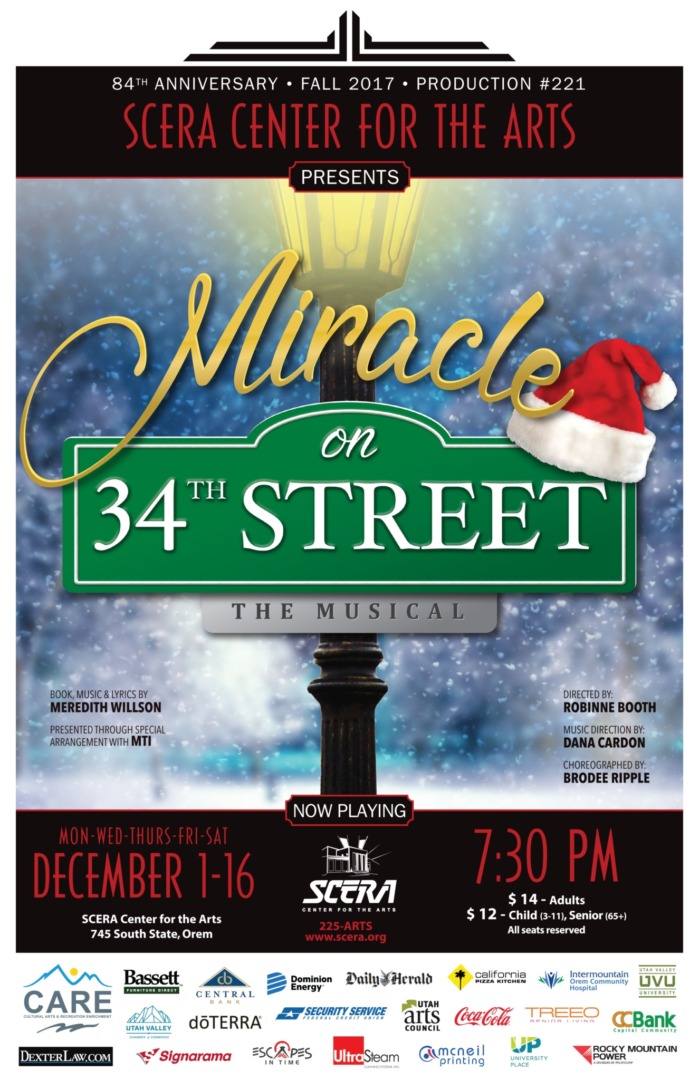 MIRACLE ON 34TH STREET: The Musical

Kris Kringle takes on the cynics in this musical adaptation of the beloved holiday film classic!

This musical adaptation of the beloved holiday film classic features a score from none other than Meredith Willson, the brilliant composer of The Music Man. Single and sensible, Doris Walker doesn’t want her six-year-old Susan’s head filled with romantic notions, so when their neighbor Fred Gailey, tries to woo Doris by charming Susan and taking her to see Santa Claus at Macy’s, Doris is not impressed. But when it turns out that department store Santa may, in fact, be the real Kris Kringle, a wave of love spreads across New York City that melts even the most cynical hearts. Filled with humor, spectacle and such beloved songs as “Pinecones and Hollyberries,” and “It’s Beginning to Look a Lot Like Christmas,” this joyous musical is a sweet family Christmas treat. Directed by Robinne Booth.

Book, Music and Lyrics by MEREDITH WILLSON. Based on the 20th Century Fox Picture. Story by Valentine Davies. Screenplay by George Seaton. Presented through special arrangement with Music Theatre International (MTI). All authorized performance materials are also supplied by MTI. www.MTIShows.com. The videotaping or other video or audio recording of this production of strictly prohibited.

No refunds. Ticket exchanges for another night of the same event must be made at least 24 hours in advance of your original date.

ASL NIGHT
The show will be interpreted in American Sign Language on Thursday, December 7. If you would like this service, please email april@scera.org to arrange for seating and payment.
PHOTOS

Check out our fun publicity photos for the show! Thanks to Tai Pan Trading at University Place for the great location.  Click on any image to see it larger! Photos by Jenae Jeppesen.